Archaeologists have discovered a 3,000-year-old city in Egypt, which has been described by experts as "the most important discovery after the discovery of the tomb of Tutankhamun" in 1922.

Terming the discovery as the largest city ever found in Egypt, Hawass explained that "the LGC was Founded by one of the greatest rulers of Egypt, king Amenhotep III, the ninth king of the 18th dynasty who ruled Egypt from 1391 till 1353 B.C".

"Many foreign missions searched for this city and never found it", Zahi Hawass, the archaeologist who led the Golden City's excavation and the former minister of state for antiquities affairs, said in a translated statement.

The team also found human remains, which were visible to visitors on Saturday.

The announcement comes less than a week after Egypt staged a grandiose parade to move 22 royal mummies to a new Cairo museum that celebrates the country's ancient heritage.

They unearthed the well-preserved city that had nearly complete walls and rooms filled with tools of daily life along with rings, scarabs, coloured pottery vessels and mud bricks bearing seals of Amenhotep's cartouche.

The team began excavations a year ago in September, beginning between the temples of Ramses III and Amenhotep III.

"This is really a large city that was lost".

The team found a bakery in the ancient lost city.

The excavations lie on the West Bank of the Nile River at Luxor near the Colossi of Memnon, Medinet Habu and the Ramesseum, or mortuary temple of King Ramses II, not far from the Valley of the Kings. 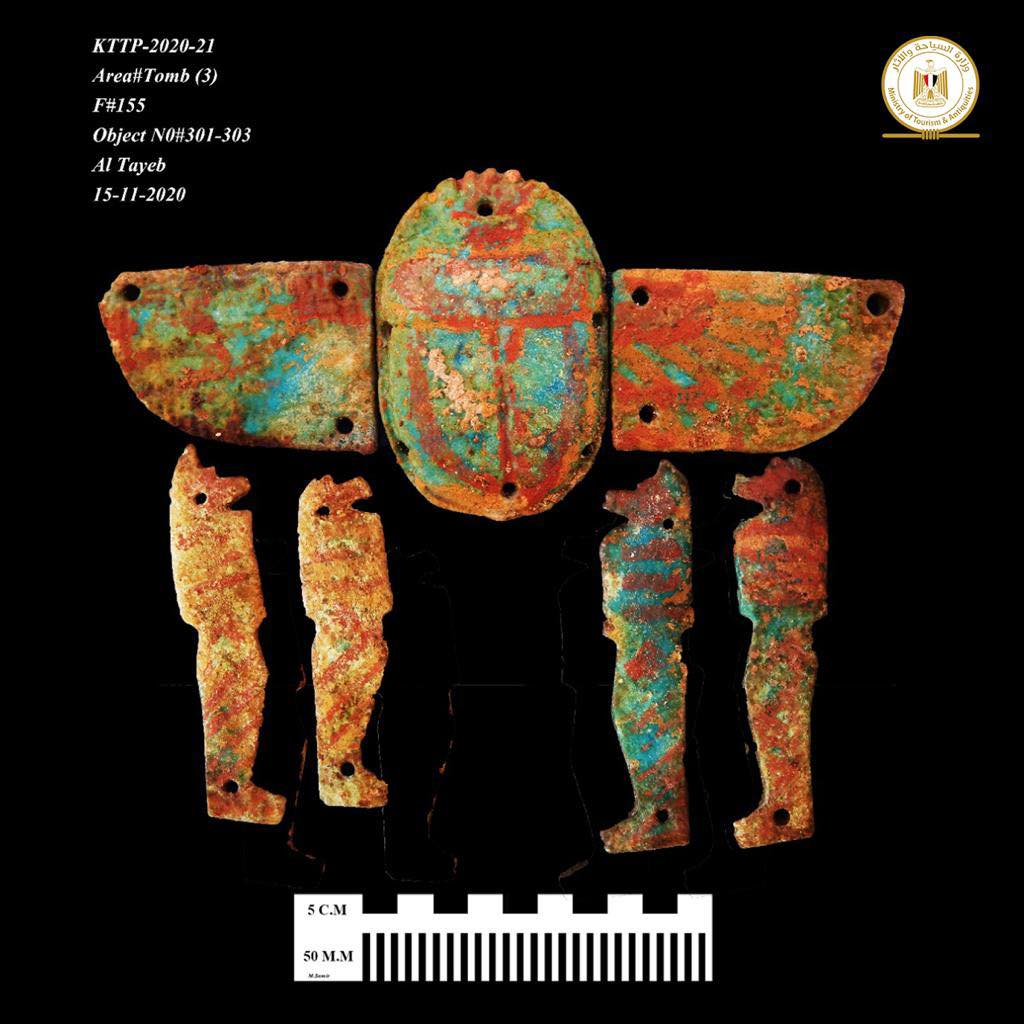 Image courtesy of the Ministry of Tourism and Antiquities

Bryan said the city "will give us a rare glimpse into the life of the ancient Egyptians at the time where the empire was at his wealthiest".

To do this, they looked for ancient objects bearing the seal of Amenhotep III's cartouche, an oval filled with his royal name in hieroglyphics.

Betsy Brian, professor of egyptology at Johns Hopkins University in Baltimore, said the finding's importance is only second to the earth-shattering discovery of King Tut's tomb.

According to Daily News Egypt, the team will continue to work in the site, where they expect to find untouched tombs filled with treasures. Evidence of several industries, including spinning and weaving, metal manufacture and glass-making, was also found.

And an even more remarkable burial of a person found with arms outstretched to his side, and remains of a rope wrapped around his knees.

One of the most recent finds is a vessel containing two gallons of dried or boiled meat (about 10 kg); it has a valuable inscription: Year 37, dressed meat for the third Heb Sed festival from the slaughterhouse of the stockyard of Kha, made by the butcher luwy.

Furthermore, in the north, archaeologists have found a large cemetery that has yet to be fully excavated.

An Egyptian mission, headed by renowned Egyptian archeologist Zahi Hawass, in collaboration with Egypt's Supreme Council of Antiquities, found the city that was lost under the sand.