"We urge the Myanmar Armed Forces to cease violence and work to restore respect and credibility with the people of Myanmar that it has lost through its actions".

Myanmar security forces killed an anti-coup protester and wounded a toddler in fresh violence overnight, media reported on Monday (March 29), as activists called on armed ethnic groups in the diverse nation to back their struggle against military rule.

Security forces killed civilians in the central Sagaing region, the eastern town of Lashio, the southcentral region of Bago, near Yangon, and in other parts of the country, according to news wires.

Some of the funerals held Sunday became themselves opportunities to demonstrate resistance to the junta. He added: "The courageous people of Burma reject the military's reign of terror".

The council has condemned the violence and called for a restoration of democracy, but has not yet considered possible sanctions against the military, which would require support or an abstention by Myanmar's neighbour and friend China.

Although there were no reports of casualties at the funeral, two people were reported to have been killed by security forces at protests on Sunday elsewhere in Myanmar.

In Yangon, the country's largest city, meanwhile, mourners flashed the three-finger salute as they wheeled the coffin of a 13-year-old boy. In contrast, security forces have used live ammunition for weeks against what have still been overwhelmingly unarmed and peaceful crowds.

The General Strike Committee of Nationalities (GSCN), one of the main protest groups, in an open letter posted on Facebook urged armed ethnic groups "to collectively protect the people, youths, women, children and elders" who opposed military rule. 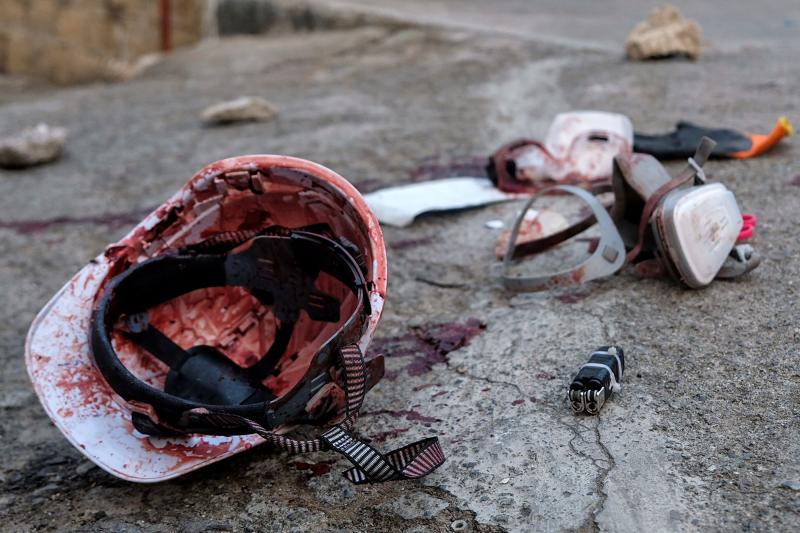 The statement was issued by the defence chiefs of Australia, Canada, Germany, Greece, Italy, Japan, Denmark, the Netherlands, New Zealand, South Korea, the United Kingdom and the United States.

In the meantime, protesters have continued to rally in Myanmar's streets.

At least 107 more people were killed on Saturday, the United Nations said, as the regime observed Armed Forces Day.

Phil Robertson, deputy Asia director for New York-based Human Rights Watch, said Saturday's events showed that the military, known in Myanmar as the Tatmadaw, should be prosecuted in worldwide courts of law. While protesters have occasionally hurled firecrackers at troops and on Saturday carried bows and arrows, they remain vastly outgunned and have shown commitment to methods of nonviolent civil disobedience. "We don't want to have an exodus, evacuation into our territory but we will observe human rights too", Gen Prayut told reporters in Bangkok.

"It's bad, it's absolutely outrageous", US President Joe Biden told reporters in Delaware. The U.N. Security Council has not advocated concerted action against the junta, such as a ban on selling it arms.

China and Russian Federation are both major arms suppliers to Myanmar's military as well as politically sympathetic, and as members of the council would nearly certainly veto any such move.

The military government further escalated the use of deadly force Saturday with fighter jets launching air strikes in an area near the Thai border controlled by an armed ethnic group dedicated to overturning the coup, according to Reuters.

How have other leaders reacted?