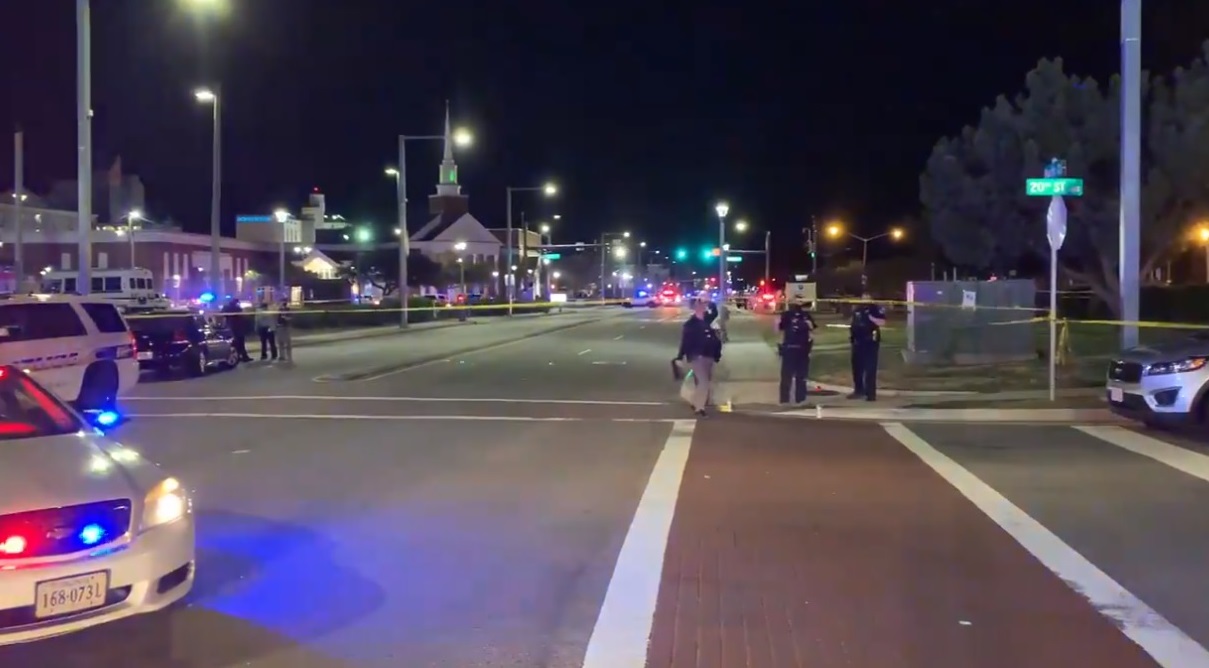 Two people are dead and eight people were wounded in shootings along Virginia Beach's oceanfront, police said Saturday. All eight were taken to local hospitals, with some of their conditions ranging from serious to life-threatening.

A woman died in connection with that incident, the city said.

Officers then fatally shot a male suspect in an incident "related" to the first shooting, police said.

Officials did not identify the man or the officer who shot him. That second shooting led to "individual being confronted by a uniformed Virginia Beach police officer, resulting in a police intervention shooting", according to Neudigate, who noted the person is now "deceased".

The police chief, Paul Neudigate, had initially told reporters that the shooting involving the officer appeared to be unrelated to the shooting on Atlantic Avenue.

"We have a very chaotic night in the beach". "Many different crime scenes", Neudigate said.

Several people were in custody, but it was unclear whether they were involved in the violence, he said.

In addition to the shootings, a police officer was struck by a vehicle and taken to the hospital with none life-threatening injuries.

Around 11:20 p.m. on Friday, police officers responded to multiple gunshots in the oceanfront resort area of Virginia Beach.

The shootings in Virginia Beach follow recent mass shootings in Atlanta, which left eight people dead, and Boulder, where there were 10 casualties. He died after an extended shootout with the police.

No information was available about a suspect, according to the statement. The officer was placed on administrative assignment pending an investigation, per standard procedure, the department said.

Local NBC affiliate WAVY-TV reported that three separate shootings occurred in steady succession while officers were on or near the scene and in the process of investigating each prior incident.