Dr. Bonnie Henry and Health Minister Adrian Dix said in a joint written statement there were 4,150 active cases of the coronavirus in B.C., a number that includes 232 people who were hospitalized.

6 new cases of COVID-19 have been confirmed in Clare this evening with 650 new cases confirmed nationwide.

Earlier this week, Gov. Tom Wolf's administration said the percentage of positive tests for COVID-19 has dropped to 8%, down from a high of about 16% in December. While the figure is a lot less than the peak of the third wave, further analysis shows that the county is now stuck in terms of driving Covid-19 out of the community.

Of the cases notified yesterday, 301 cases were in Dublin, 77 in Galway, 37 in Waterford, 36 in Offaly, 32 in Kildare and the remaining 261 cases are spread across all other counties.

Salina Regional Health Center reports they now have 9 patients hospitalized with the virus. 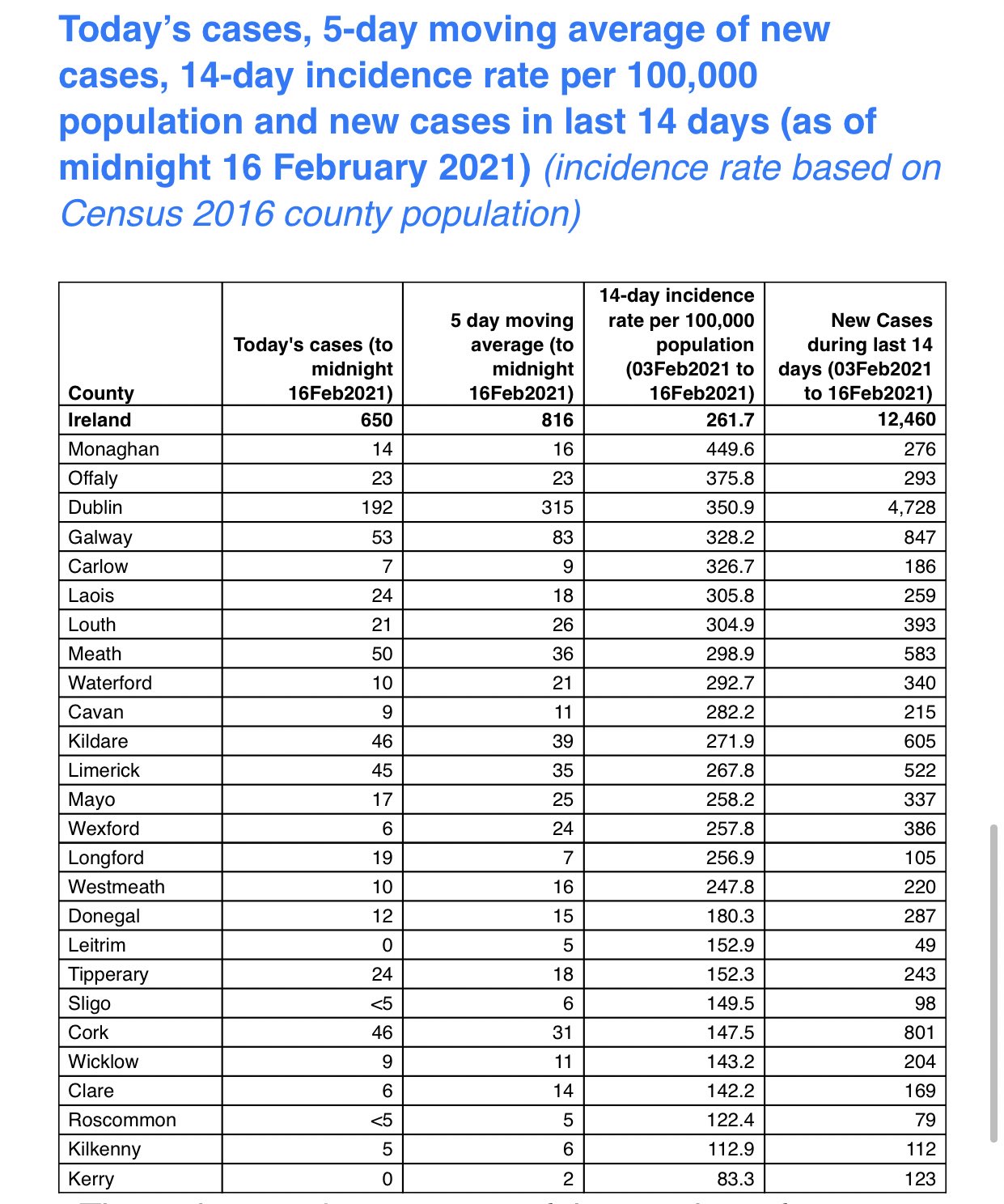 The Health Protection Surveillance Centre has today been notified of 33 additional deaths related to Covid-19.

In the last seven days, there have been 2,047 positive cases. Since the beginning of the pandemic, 23,413 deaths have been tied to COVID-19.

There were only 13 new cases of the virus on Monday and 21 on Sunday.

State health officials report that 131,520 county residents have received at least one dose of a covid vaccine, while 12,448 individuals have received both shots.

Meanwhile, another six people have died with Covid-19 in Northern Ireland, according to the region's Department of Health.

A total of 418 hospital inpatients were recorded at midnight, 51 were in intensive care this morning.