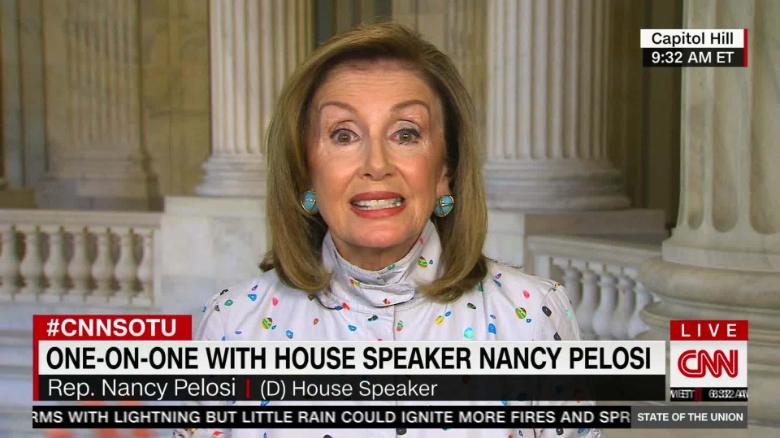 Maskless Nancy Pelosi Under Fire For Getting A Blowout Inside A Closed California Salon!
Bennie Garza | 03 September, 2020, 22:27

Pelosi's spokesman Drew Hammill responded to the video saying that the salon allowed for one customer to be present at a time and that the speaker was complying with salon rules.

"I take responsibility for trusting the word of a neighbourhood salon that I've been to over the years many times", Mrs Pelosi said in a testy press conference in San Francisco when asked about the incident. The speaker later claimed she was led to believe that one-on-one indoor appointments were permitted by the salon.

Security footage obtained by Fox News showed the Speaker of the House of Representatives having her hair done inside a salon in San Francisco on Monday.

The speaker was criticized this week after a leaked surveillance video showed her at the closed San Francisco hair salon without a mask.

Kious did not do Pelosi's hair.

Less than two hours later, Jonathan DeNardo, the stylist who blew out Pelosi's hair, released a statement through an attorney contradicting Kious.

Added DeNardo: "Ms. Kious took special interest in the appointment during this telephone call, wherein she made several vitriolic and incendiary comments about Speaker Pelosi and her purported responsibility for temporarily suspending operations of Ms. Kious' business, despite such orders actually being put into place not by Speaker Pelosi, but by Governor Gavin Newsom and San Francisco Mayor London Breed".

Kious, like most hair salon owners, rents chairs to her stylists, so she only has so much control over their decisions in situations like this.

Pelosi's staff has insisted the speaker wore a mask while getting her hair done except for a brief period when she had her hair washed. "What's more, Ms. Kious has also been actively encouraging and nearly forcing stylists who operate at eSalon to violate such orders for her own financial benefit in the form of receiving lease payments".

The salon owner said the security camera footage recorded a "display of hypocrisy".

"There was no way I could've set that up", Kious said, according to Fox News.

In a world where it feels like most Republicans have already gone off the deep end in downplaying the threat of COVID-19 and foregoing masks in public, it REALLY sucks to see such a highly-visible Democrat appearing to do the same thing, even if only for a quick trip to get her hair done.

"I just had my hair washed". Probably. But they don't seem almost as risky as what President Trump did just last week for his nominating speech at the Republican National Convention: host 1,500 largely untested, maskless guests on the White House South Lawn in chairs close together. "And if she's in there comfortably, without a mask and feeling safe, then why are we shut down?"

In the battle for the hearts and minds of the nation, I'm not sure that Nancy Pelosi's blowout in Cow Hollow on Monday is going to be a turning point for the ages. "We will nearly certainly take back the House, and send Nancy packing!"

"And I've had a camera system in there for five years, I mean I didn't go in there and turn cameras on as soon as she walked in and set her up so that's absolutely false". 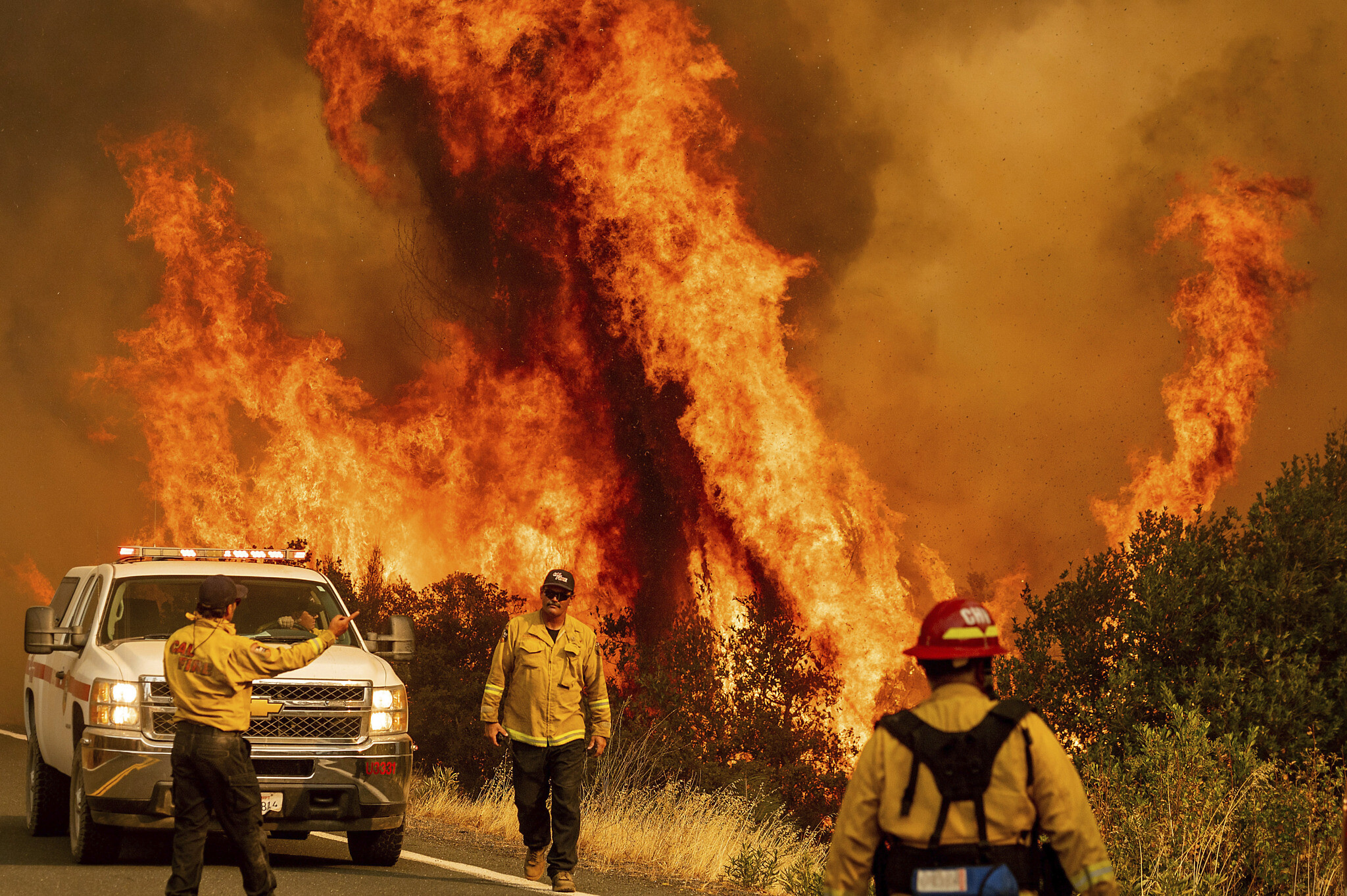 Trump had long accused Mueller of leading a "witch hunt" and a "hoax" about Russia's involvement. King said that he does not think the intelligence community is behind Ratcliffe's announcement.

The static-fire test that lasted two minutes and burnt 6 tons of propellant per second started a fire on the hillside. Its success is a nod to NASA's claim that these are the largest, most powerful rocket boosters ever built for flight. 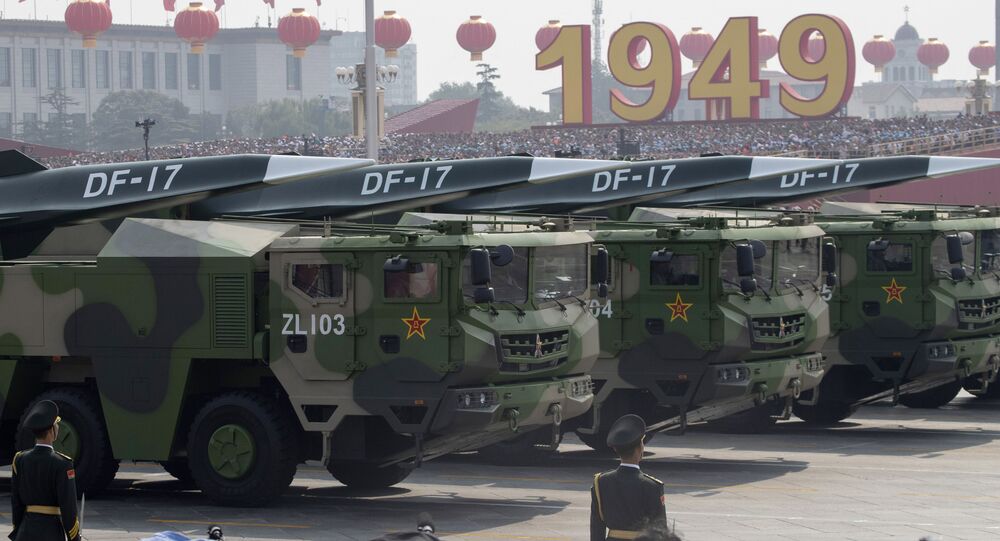 The buildings will be open and operational and taking kids in for that crucial in-person learning. But de Blasio faced growing pushback from teachers, principals and some parents and politicians.

Arnold Schwarzenegger Is Making the Move to a Scripted TV Show

U.S. film star Arnold Schwarzenegger is to make his debut TV lead in a new spy series now in development at Skydance Television . Soon, we are going to know which streaming giant will hold the rights to the series.

CNN meteorologist Judson Jones said it was his favorite time for the full moon to rise above the eastern horizon. NASA explains where other planets will appear in the sky around the time of the full corn moon .

Asteroid 11 ES4 To Make Its Closest Approach To Earth Next Week The asteroid recorded as conceivably risky asteroid was first found in the spring of 2011 and passes by Earth like clockwork. The last time Asteroid 2011 ES4 came close to earth was in 2011 and was visible for four days.