The logo of Crypto AG is seen at its headquarters in Steinhausen Switzerland | Reuters
Melba Vasquez | 13 February, 2020, 15:29

American and German intelligence agencies secretly bought a Swiss company that sold encryption devices to governments across the world, and added weaknesses in these devices to eavesdrop on other countries for decades, a report by The Washington Post and German broadcaster ZDF has revealed.

The reports say at least four countries Israel, Sweden, Britain and neutral Switzerland knew of the operation, known as "Operation Rubicon", or were in on some of the secrets it unearthed. Meanwhile the country has suspended export licenses for Crypto's successor companies.

According to the investigative report, the foreign governments apparently paid the U.S. and West Germany, part of Western bloc before reunification, "good money" to read their most secret communications. The CIA, however, simply bought up the BND's share afterward and kept the operation running until 2018, when it is thought to have sold off the company's assets.

The CIA and the National Security Agency (NSA) spied on allies and adversaries alike through Crypto AG specialising in making cryptography equipment, the report said.

The Swiss company was a top supplier of devices for encoding communications to some 120 countries from after World War II to the beginning of this century, including Iran, South American governments, and India and Pakistan, the Washington Post, German television ZTE and Swiss state media SRF reported.

From the 1950s, Crypto AG was the company that provided encrypted devices to governments around the world for safe and unintercepted communication to aid their militaries, diplomats and even spies.

After being told late past year of new research about the company, the Swiss government appointed a former Swiss Supreme Court judge last month to scrutinize Crypto's activities "to investigate and clarify the facts of the matter", the Swiss Defense Ministry said. After that, the US and West German spies just sat back and listened.

Crypto International, owned by Swedish national Andreas Linde, said on its website that the published reports were "distressing", but that it was now under new ownership and had no connections to the CIA or the German spy agency.

"The events under discussion started around 1945 and are hard to reconstruct and interpret today", the Swiss Ministry of Defence told the German Press Agency. The country's Federal Council tasked Niklaus Oberholzer, who was a federal judge until the end of 2019, on 15 January to probe the matter. The encryption company, controlled by Central Intelligence Agency and BND, helped its owners to access classified documents of adversaries and allies alike.

CyOne Security said it was an independent entity, supplying security solutions to the Swiss public sector and had no links to espionage. 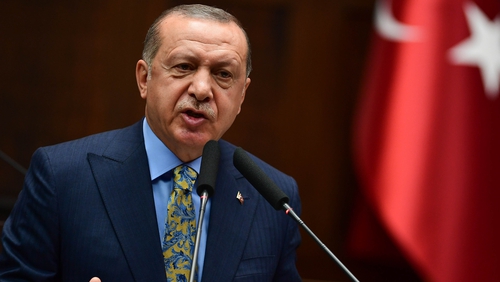