Sony is seeking to strengthen its appeal to its niche audience of video film and music lovers with the launch of its new Xperia 5
Melba Vasquez | 05 September, 2019, 23:52

Sony 6758.T launched the Xperia 5, a slimline version of its flagship smartphone, at the IFA consumer electronics fair in Berlin on Thursday as it seeks to strengthen its appeal to its niche audience of video, film and music lovers.

Xperia 5 will be available around the world from this autumn.

As for the rest of the phone, Sony has retained plenty of features from Xperia 1 for the new Xperia 5. Experience breathtaking cinematic movie capturing with Cinema Pro "powered by CineAlta".

There's a lot about this smartphone that might sound familiar - it has a 21:9 display, is powered by the latest Qualcomm Snapdragon 855 hardware and has a triple camera on the back - just like the Xperia 1.

Sony's new Xperia 5 is identical to the Xperia 1 in the camera department as well. This, in addition to a lightweight build which is 14g lighter than the Xperia 1, Sony says makes it easy-to-use.

The phone is also water resistant with a rating of IP68, so it should be able to survive the odd splash of water. Other details are scant right now, but the phone will go on preorder next week, launching in October. Prices start at €799 (about US$885) and there are black, blue, gray and red colors to pick from. It comes with 6GB of RAM.

It means you get the main wide-angle (f/1.6, 26mm) camera along with a super-wide snapper (f/2.4, 16mm) with a 130 degree field of view and a telephoto lens (f/2.4, 52mm) offering a 2x optical zoom and data for portrait mode. The Xperia 5 will also support DualShock for haptic gaming on Fortnite.

Sony has yet to offer any estimates on how long the battery will last on the Xperia 5, but we know it's a 3140mAh cell inside the phone.

Sony fans could see some major news today with the firm set to reveal a raft of updates at its IFA technology show keynote. 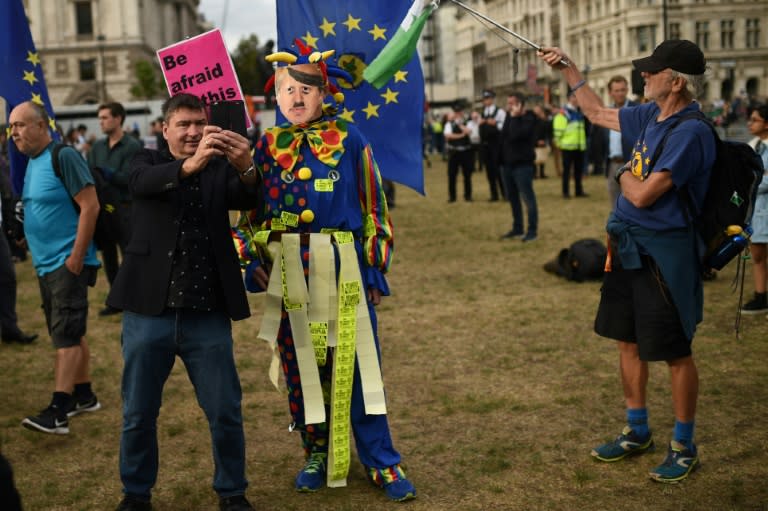