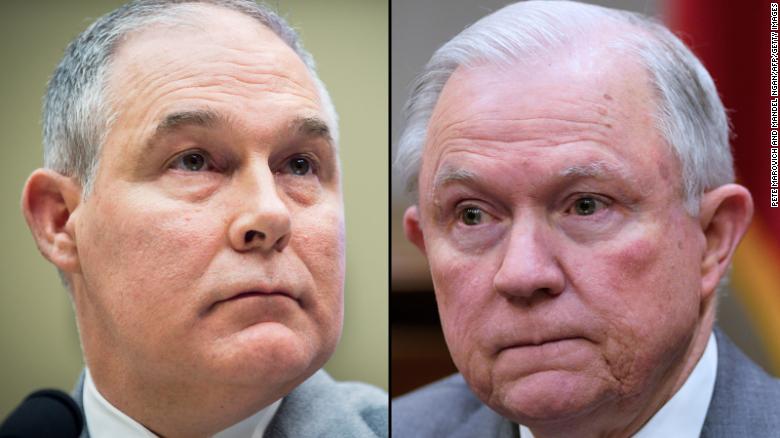 Pruitt, who served as attorney general in Oklahoma, has expressed interest in holding that job nationally, Politico reported in January, The New York Times reported last month and The Wall Street Journal reported this week. This position holds special weight for the President, who believes that he and his aides are being unfairly targeted by Special Counsel Robert Mueller, and wants as many allies as possible in positions of power over both Mueller and Deputy Attorney General Rod Rosenstein, who oversees Mueller's probe.

Mr. Sessions recused himself last March from the Justice Department's investigation of Russia's interference in the USA presidential election and possible ties to the Trump campaign. "I think he's done a fantastic job".

Earlier this year, Trump on Twitter told his followers to ask Sessions - whose name the president initially misspelled as "Jeff Session" - why Democrats weren't being investigated for "crimes" related to Russian meddling in the 2016 presidential election. But the president has defended him, as he did in the tweet Friday.