Embattled British Prime Minister Theresa May appointed ministers to her shaky government Sunday, as some Conservative colleagues rallied to support her - and others said her days were numbered after last week's disastrous election.

Now, having lost that majority, May faces discussions with Northern Ireland's Democratic Unionist Party, which, with its ten seats, could provide the Conservatives with a working majority in the House of Commons and, in theory, a means to, first get through the so-called Queen's Speech - which details the governing party's overall planned legislative programme - and then give her a mandate to take in the United Kingdom into those negotiations with the EU. She then announced to the public she would work with "our friends and allies in the Democratic Unionist Party".

After calling a snap election in April in anticipation of a landslide, she ended up with an electoral train wreck, in which her Conservative Party actually lost its parliamentary majority.

Given May's diminished state, many in the European Union are wondering how long she will be leading the country and - by extension - guiding the Brexit negotiations.

ROGER SCULLY: Well, I think a major thing that happened is that the Conservative Party effectively undermined the core message of their own campaign.

Conservative Prime Minister Theresa May pledged to form a government that would guide the country through the Brexit process. "What the DUP doesn't want is special status for Northern Ireland because that could be seen as somehow weakening the union". "Well, the mandate she's got is lost Conservative seats, lost votes, lost support and lost confidence".

May will have to concede some points to ensure the DUP helps her in parliament, which has commenters anxious about what this might mean for the political direction of travel of the greater UK. The Democratic Unionist Party recorded its best ever election result.

British voters spent Friday frantically Googling the name of a small Northern Irish party whose 10 seats hold the balance of power in Parliament.

Labour MP Jo Stevens said the prospect of Mrs May's party doing a deal with the DUP was "chilling", after Tory former cabinet minister Owen Paterson said his party may have to enter "a debate I suppose on further reduction of abortion times as medical science advances". "He's in a permanent leadership campaign so I am not sure it qualifies as news", he said.

There had been speculation Mr Hammond, the Chancellor, would be vulnerable in a post-election re-shuffle and the decision to leave him in the Treasury was being seen as a sign of her weakness after her Commons majority was wiped out. She took no questions.

May wanted to win explicit backing for her stance on Brexit, which involves leaving the EU's single market and imposing restrictions on immigration while trying to negotiate free trade deal with the bloc.

"I could not care less what people get up to in terms of their sexuality, that's not a matter for me, when it becomes a matter for me is when people try to redefine marriage".

It's all a distraction at a pressured time for the Prime Minister. 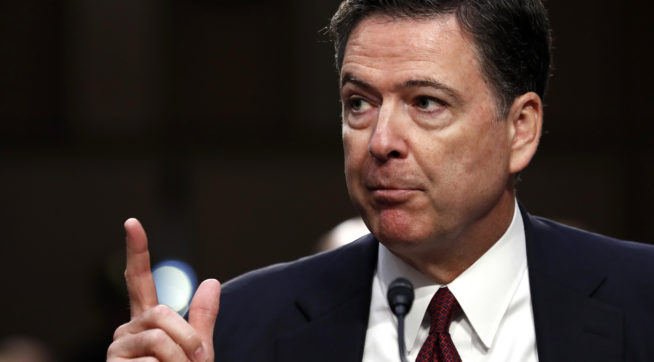 He took no questions. "There might be a tape", Comey said. "I can definitely say the president is not a liar", Sanders said. The president's speech took place near the end of former FBI Director James Comey's testimony before the U.S.