The monitoring system, developed by Proteus Digital Health, works by sending a message from the pill's sensor to a wearable patch. "The FDA supports the development and use of new technology in prescription drugs and is committed to working with companies to understand how technology might benefit patients and prescribers".

FDA on Monday approved the first pill with a sensor that can track if patients have swallowed it-a technological advance that could be a game-changer for treating mental health disorders and chronic diseases like diabetes where medication adherence has always been a challenge. Patients can also allow their physicians and caregivers access to their data through the internet.

Experts hope it could improve medication compliance, although the company that makes the tablets says this has not been proved for their product.

The pill should not be used to track digestion in "real time" or during an emergency, as detection could be delayed or faulty, the FDA warned.

The FDA advised that healthcare professionals should show patients how to use the drug, patch, and app before prescribing the medication.

Forgetfulness and cloudy thinking can be symptoms of the mental health conditions that Abilify is approved to treat, and patients with mental illness are known to struggle to take medication consistently.

Aripiprazole tablets with sensor includes a Boxed Warning that elderly patients with dementia-related psychosis receiving antipsychotic drugs have an increased risk of death.

In clinical trials establishing the efficacy of aripiprazole, the most common adverse events were nausea, vomiting, constipation, headache, dizziness, uncontrollable limb and body movements (akathisia), anxiety, insomnia, and restlessness. Skin irritation may also occur due to the MyCite patch, according to the release. Additionally, the medication has been associated with increased suicidal thoughts and behavior in children, adolescents, and young adults taking antidepressants.

Prior to patient use, the FDA urges healthcare providers to ensure that the patient is able to use the system.

Patients are given the option to sign a consent form allowing their doctor and up to four family members or care-givers to receive information about when the pills were taken.

Abilify MyCite could be particularly useful for older patients who may welcome the ability to share their medication information with others, but has also raised concerns about the ability to effectively track patients. "Until now, pharmacologic therapy for serious mental illness has been missing a systematic approach to objectively track and signal that a patient has taken their drug".

Over 15000 scientists issue warning to humanity It's also not of much interest to Amazon Prime members who already get Amazon Music Unlimited included in their package. People wanting to give Music Unlimited a go will also have to have an Amazon account as well.

Over 15000 scientists issue warning to humanity For the other factors that went into the warning, the quarter-century since has not been as productive - not by a long-shot. Humanity is now being given a second notice, as illustrated by these alarming trends. An inmate of the Rohtak jail who was recently released on bail, revealed the real story of what exactly happens inside the prison. Ram Rahim has been handed two sentences of ten years each for the two counts of rape, and is locked up in Haryana's Sunaria Jail. The user can access manual tests like root status test, Global Positioning System test or the main activity by sending a command. Unlike the user data collection issue, this new PR headache might not be entirely OnePlus's fault.

Strangers 'can use smart toys to message children'

The brightly coloured talking robot uses Bluetooth to pair with a phone or tablet through an app, but the connection is unsecured. The I-Que Intelligent Robot, has previously featured on Hamleys top toys Christmas list and is available from Argos and Hamleys. 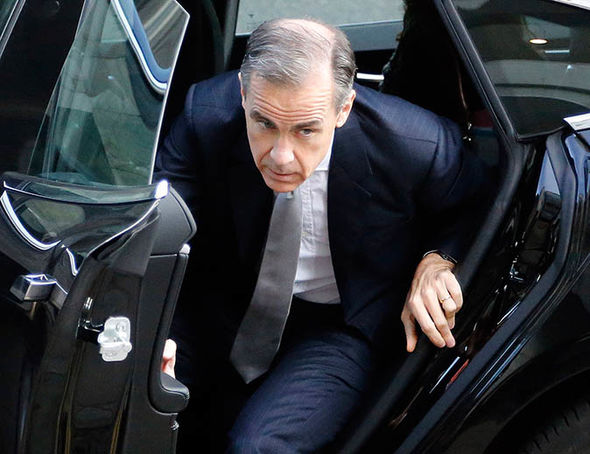 The euro zone economy grew as expected in the last quarter, according to official data released on Wednesday. It nevertheless promised years of stimulus and left the door open to backtracking.

Bombardier in talks with EgyptAir for $1.1 bln CSeries deal 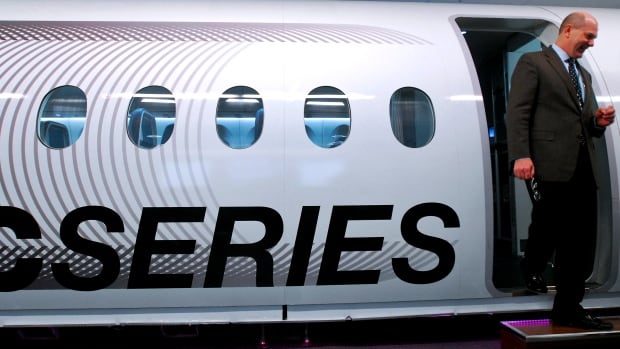 Earlier this month an unnamed European airline said it meant to buy at least 31 of the C-Series planes. Its presence is "adding confidence about the long-term success of the program", he said November 2. 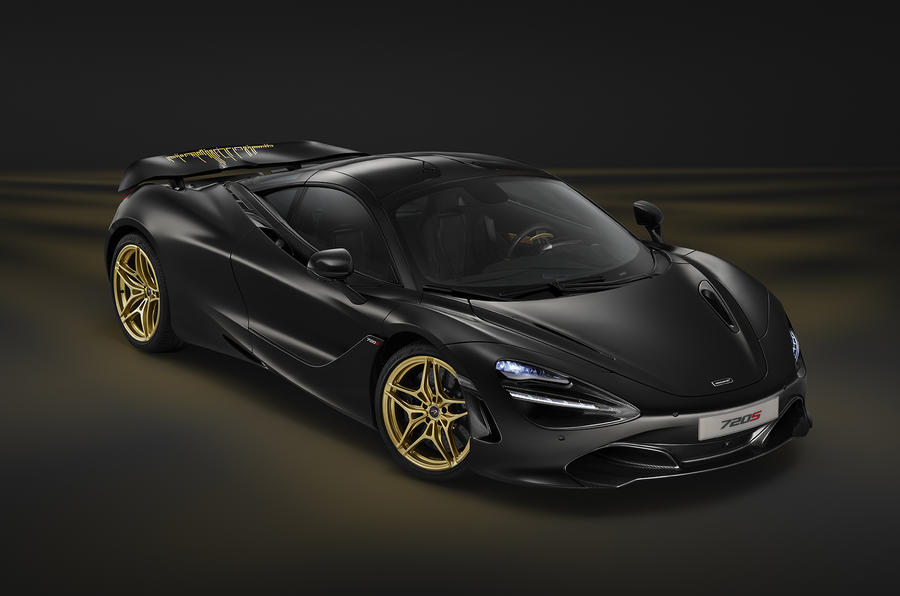 The gearshift paddles and steering wheel gain a gold-coloured satin finish that's repeated on the inside of each door. The phrase reads: "Life is measured in achievement, not in years alone", a quote by McLaren's founder, Bruce McLaren. 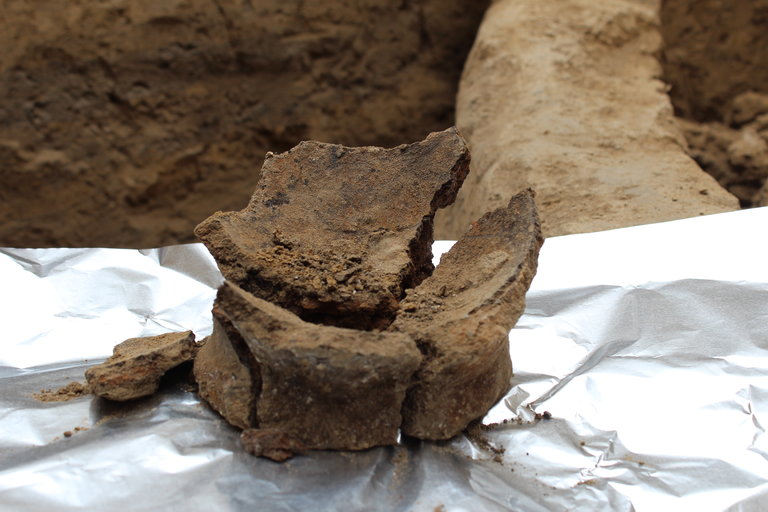 It's thought the prehistoric imbibers of Georgia may have stored their wine in large jars underground, leaving them to ferment. What's more, it was decorated with blobs that the researchers say could be meant to depict clusters of grapes.

The Chinese automaker has acquired a U.S. company trying to bring a flying vehicle to market in 2019. The company's first product will be the Transition , which is promised for a market launch in 2019. 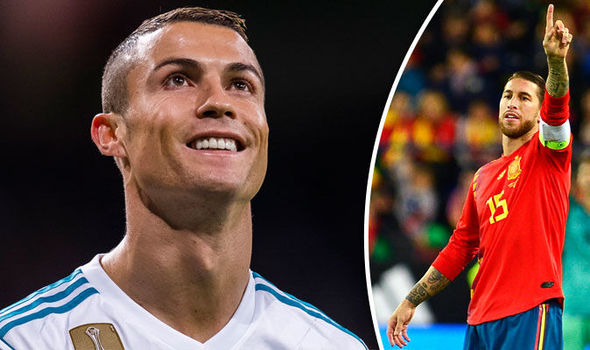 Ronaldo would like to leave on June 30 and has made his intentions clear to the Madrid hierarchy. Ronaldo has endured a hard start to the current campaign, with just one La Liga goal all season.

Fallon's emotional return to 'The Tonight Show' after his Mom's death The presenter said everyone at the show would "continue to work really hard to bring some light and some laughter into the world". Jimmy subsequently thanked his fans for the support they've shown him since the passing of his mother. Now, the Bank of England has confirmed that from March 1 2018, the old note will no longer be accepted as payment. The Jane Austen notes have a number of features built in that make them particularly hard to forge.

Saudi Arabia has accused arch-foe Iran of supplying the ballistic missile which was shot down near Riyadh airport without causing any casualties.

And while Dolezal received much criticism, Scheckner believes everyone should be more understanding. He also regards himself as transexual and is considering changing gender in future.